The economic environment in Lao PDR is improving. Since starting the economic reform process in 1986 under the New Economic Mechanism “NEM” the Lao economy has shifted from a centralized, planned economy towards an open, liberalized market-oriented system. “Open-door” policies toward global market have been implemented to promote and attract Foreign Direct Investment. The changes have made favorable conditions for economic development.
Despite the global financial crisis, the Lao economy has performed relatively well. The GDP has reported stable growth at above 7 percent in 2009 and it is projected to continue growing steadily in the coming years. A large part of this growth comes from increased foreign investment flows in industrial and agricultural sectors including hydropower and mining as well as industrial forestry and agricultural crop plantation and tourism.
The agriculture and forestry sector saw average growth of 4.1 percent annually over the period 2005 to 2010, accounting for 30.4 percent of total GDP, while industry sector (mining and hydropower) grew by 12.5 percent annually over the same period, accounting for 26 percent of total GDP. The service sector also grew by 8.4 percent per year over the same period, accounting for 37.2 percent of GDP.
The Lao economy will continue to benefit from international aid and from foreign investment in hydropower and mining. Construction will be another strong economic driver, especially as hydroelectric dam and road projects gain steam. In late 2004, Laos gained Normal Trade Relations status with the United State, allowing Laos-based producers to benefit from lower tariffs on exports. Laos is taking steps to join the World Trade Organization in the next few years; the resulting trade policy reforms will improve the business environment. On the fiscal side, a value-added tax (VAT) regime, slated to begin in 2008, should help streamline the government’s inefficient tax system.
In addition, the first Lao stock market, a joint venture between the Lao government and Korean Stock Exchange is expected to officially open on 10 October 2010. The stock market would be a source of long-term funding for investment and business.
Sources: National Economic Research Institute 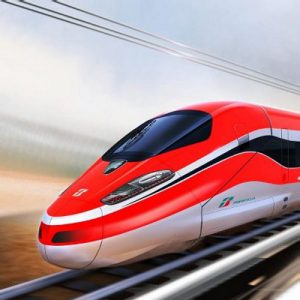 Construction of a historic railway linking Vientiane to the Chinese border over a distance of 427 km is expected to begin in December this year, an official in charge has said.

Agreements with six Chinese construction companies and six consultancy firms will be finalised next month which will pave the way for the start of construction at the end of this year.

“We will sign agreements with the other five Chinese construction companies and consultancy firms next month.”

Meanwhile, the international trade publication Global Construction Review reported that the China Railway Group had won a US$1.2bn contract to build a large section of railway through Laos. The group’s announcement to the Hong Kong Stock Exchange last week drew a thumbs up from ratings agency Moody’s, which said the win would help it gain more business traction in Laos.

Three subsidiaries of the group will build sections I, II, and III of the Laos-China railway, which is considered a crucial step in China’s plan for a continuous rail link all the way south to Singapore.

An official ground-breaking ceremony for the almost-US$6- billion project took place in Vientiane in December last year to mark the 40th anniversary of the foundation of the Lao People’s Democratic Republic.

However, more work remains to be done including compensation for those affected by the project and demarcation of the precise route the railway will take.

Dr Koung said compensation payouts to the owners of land and other property on the railway route would be completed this year.

Detailed demarcation of the project corridor for various planned stations was also needed before construction could begin, he said.

When asked which sections of the railway would be built first, Dr Koung said construction of all sections would take place simultaneously.

The planned single track with a 1.435-metre standard- gauge rail network would have 33 stations, of which 21 would be operational initially, according to the Ministry of Public Works and Transport.

Passenger trains will travel at a speed of 160 km per hour, while the speed of rail freight will be 120 km per hour.

The railway in Laos will link with the track in Thailand to form part of the regional rail link known as the Kunming- Singapore railway, covering a total distance of some 3,000km.

Set to open in 2021, the new-build InterContinental Vientiane will become the company’s second hotel in Southeast Asian country, following the existing Crowne Plaza Vientiane. It will also become one of the Lao capital’s largest hotels, with more than 400 rooms.

Built by Lao International Development, the hotel will form part of the new World Trade Centre complex – a mixed-use development that will include a large retail mall, medical centre, conference centre, office tower and residential towers.

“Laos is currently one of the region’s fastest growing nations with close to five million international arrivals each year and future infrastructural and industrial developments underway to continue boosting economic growth and attract foreign investment,” explained Leanne Harwood, IHG’s vice president of operations for Southeast Asia & Korea. “It’s a great time to be bringing the InterContinental brand into the country to tap on this potential.

“InterContinental Vientiane is… set to be positioned as one of the city’s most prominent hotels which will welcome distinguished guests such as visiting dignitaries and heads of states as key government meetings are planned to take place in the adjoining conference centre,” she added.

Among its 400+ rooms, InterContinental Vientiane will feature a range of club rooms and suites which provide access to the hotel’s club lounge. Other facilities will include several F&B outlets, a swimming pool, spa and fitness centre.

“It’s an exciting time to be investing in Laos as the country sees improved intra-regional connectivity through the completed Kunming-Vientiane-Bangkok highway connecting China, Laos and Thailand and the upcoming high-speed rail project that will link China to Laos,” said Xiao Long, CEO of Lao International Development. “We are confident these infrastructural developments will boost tourist arrivals, especially from surrounding nations, and the opening of InterContinental Vientiane will cater to the influx of travellers.

“We are very pleased to partner IHG to develop what we are confident will be one of the most highly sought-after hotels in Vientiane,” he added.

Across Southeast Asia, IHG now operates 14 InterContinental hotels and resorts, with 10 more due to open in the next five years. There are several international hotel brands currently present in Vientiane, including ibis, Best Western and Crowne Plaza, but InterContinental will be one of the first international luxury brands to enter the city. 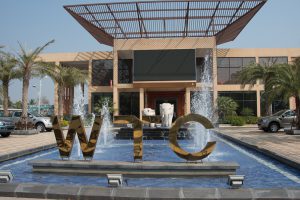 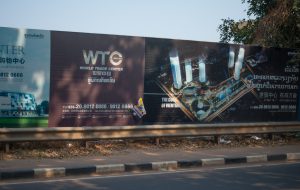 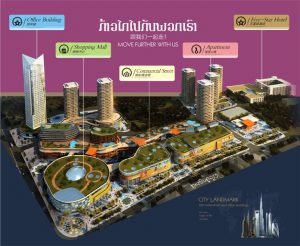 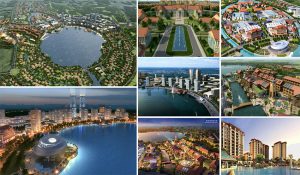 The government has granted approval for the establishment of the Pakxe-Japan SME Specific Economic Zone in Champassak province, aiming to facilitate development and attract more foreign direct investment, especially that of companies and enterprises from Japan.

The agreement on the establishment of the Pakxe-Japan SME Specific Economic Zone was signed on Wednesday in Vientiane between the Lao National Committee for Special Economic Zones (NCSEZ) and Saysana Group Ltd., along with Savan TVS Consultant Ltd.,

The objective of the zone’s establishment is to facilitate and attract foreign direct investment, especially from companies and enterprises from Japan, to establish and operate production facilities, businesses and services for domestic supply and export.

The zone is also expected to boost local employment prospects as well as attract workers from the outlying districts of Champassak province while a focus will be placed on preserving the environment.

Dr Bounthong said the Pakse-Japan SME Specific Economic Zone covers an area of 195 hectares and extends into the territories of Pathoumphone and Bachiengchaleunsouk districts.

The project has an expected total investment of US$62 million (more than 500 billion kip) and a land concession period of 50 years.

Dr Bounthong said currently there are about seven companies from Japan investing in this new zone and the number of companies is expected to increase in the near future as the zone is suitable for investment and located on elevated land only 14km from Pakxe district centre.

He noted that the government as well as the province can benefit from this zone, especially in terms of the lessons learned from its development.

It will generate income for the province, create jobs for local residents, and help to promote basic infrastructure development in rural areas especially by convertin g jungle into an industrial area.

So far, there have been investors from countries including Chi na, Thailand, Vietnam and the Republic of Korea investing in the province.

The number of these investors is projected to increase as the government has recently approved the establishment of Khonphapheng waterfall and the surrounding area in Khong district of Champassak province as a new special economic zone (SEZ) in Laos, Dr Bounthong said.

According to the Lao National Committee for Special Economic Zones, Laos currently has two special economic zones and eight specific economic zones, which combined cover an area of more than 13,626 hectares and have generated over 11,000 jobs for foreigners and local people.

The government has generated revenue of more than US$11.4 million from special economic zones and specific economic zones (SEZs) over the period from 2002-2014. 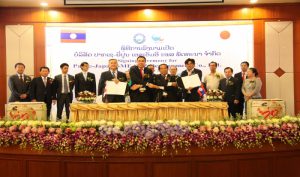 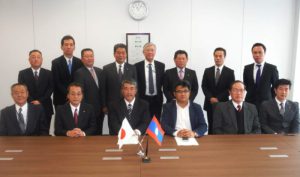 National Chamber of Commerce and Industry

Ministry of planning and investment

Embassy of Japan in the Lao PDR

The government provides the following incentives to all foreign investors:

Permission to bring in foreign technicians, experts, and managers if qualified Lao nationals are not available to work on investment  projects.

Facilitation of entry and exit visa facilities and work  permits for expatriate personnel.

The government also offers guarantees against nationalization, expropriation, or requisition without compensation. Under the IP Law, the government does not offer incentives of import protection (in the form of increasing duties or banning imports) for import substituting investments and it does not provide measures to restrict  further entry to reduce competition for current investors. The policy of not  reducing market competition as an incentive for investors is not a feature of  the foreign investment systems of most other countries, such as Thailand and Vietnam, in the region.

Why investing in Lao PDR

Ministry of Planning and investment