A southeastern province situated on the Bolaven Plateau is devoted to agriculture and nature offering idyllic scenery. A prehistoric site exists not far from the cascades where a wonderful scene can be seen.

Salavanh Province is home to the Phou Xieng Thong National Biodiversity Conservation Area, covering nearly 1,000 square kilometer in the western part of the province next to the Mekong River. It is thought that the Asiatic black bear, banteng, clouded leopard, Douc langur, elephant, gibbon, guar, Siamese crocodile and tiger inhabit this area. Within a cave, huge stone caskets are piled one on top of the other. The province not only beautiful, but there are interesting thoughts as to how it originated.

Salavanh has vast tracts of forest and is home to three National Protected Areas that harbor a wealth of biodiversity. Xe Xap, (1,335 km2) Xe Bang Nouane (1,970 km2) and Phou Xieng Thong (1,200 km2) lie mostly within Salavanh’s borders, have a range of habitats and micro-climates and are home to a diverse population of ethnic minority groups. The Mekong River separates Salavanh from Thailand and the province also shares a border with Vietnam to the east. The main geological features are the Bolaven Plateau, Mekong River Valley and Southern Annamite Mountains, which rise to over 2,000 meters in the eastern portion of the province.

Most visitors access Salavan by route 20 from Pakse, stopping in Ban Houn, a roadside village that produces fine weavings and basketry. Tad Lo, the best known attraction in the province is a wide, multi-tiered waterfall surrounded by lush greenery and a number of well-planned resorts and guest houses. At Tad Lo you can rent a bicycle, enjoy nature walks and venture out to surrounding villages on the Bolaven Plateau. Tad Lo sits in the center of a major coffee and vegetable growing region, so there is usually a variety of fresh seasonal produce on the menu. East of Tad Lo and the provincial capital are Ta-Oy and Samouay Districts, populated mostly by Mon-Khemer speaking ethnic groups. Here you can see traditional long houses that may house up to 45 people.  A nice outing in Ta-Oy is a trip on the Xe Lanong to watch birds and walk to the La Lao Waterfall. Criss crossing the eastern half of the province is the famous Ho Chi Minh Trail network, still in use today as a link between remote villages. Along the trail you can see extensive evidence of the heavy aerial bombardment this part of the country suffered during the Second Indochina War.

On the Mekong is Khongsedon District, maker of some of the most potent lao Lao whiskey in the country. Khongsedon has many unusual rock formations along the Mekong valley, best known among them is Phou Lahit with its prehistoric rock paintings.

One of the most entertaining songs and dances in the entire country, the Lam Salavanh, was conceived here and this catchy tune really does make you want to get up and dance! There are excellent “khaen” players in Salavanh and the traditional instrument is still made here.  Besides coffee, two famous Salavanh products are the fragrant coconuts from Naxai Village and the delicious barbeque chicken that can be purchases at Napong Village on route 13.

Like everywhere else in the country, Lao New Year or Pi Mai is celebrated throughout Salavanh for a week around 14 April. Before this are the Katang and Ta-Oy ethnic group’s annual festivals, which occur during late January – early February.

Though Salavanh’s forests hide prehistoric sites including stone caskets and cave paintings, little is known about the province’s history except its wartime past. Historians suggest the area was an outpost of the Champasack Kingdom in the early 19th century. Newspaper reports from the 1940s discuss Thai troops clashing with “Indochinese” forces in Salavanh, including bombing raids by French planes.

From then until Laos’ liberation in 1975, the province was caught up in a tug-of-war between Western-backed forces and Lao independence fighters, and the renowned Ho Chi Minh Trail passed through Salavanh’s eastern mountains, attracting some of the most intensive bombing the world has ever seen.
Western news archives expose America’s “Secret War” in Laos was not well kept. In 1959, Laos’ colonial government leveled charges that Vietnamese-trained revolutionaries were active in Salavanh, and in 1962, a Royal Lao Military spokesman claimed pro-independence troops were operating in Salavanh District.

Reports in 1967 mention an American reconnaissance jet “disappeared” over Salavanh Province, and in 1968, Lao revolutionaries clashed with the Royal Lao Army in remote pockets of Salavanh. The following year, a US fighter jet was shot down about 20 miles northeast of Salavanh District, and in June 1970, The New York Times reported that Pathet Lao troops took Salavanh District, but Western-backed forces arrived to find it deserted. 1971 newspapers tell of US Air Force and Navy jets openly bombarding the province, and several were shot down. Battles in Salavanh continued to rage in 1972, resulting in the razing of Salavanh District.

Only in Salavanh province where there is very interesting slogan relating to lifestyle and culture such as:

With those element Salavanh province is gaining a lot of visitor every years for divscourving the diamond here. 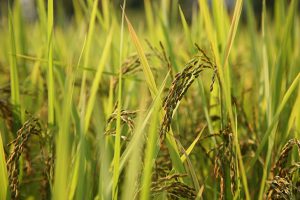 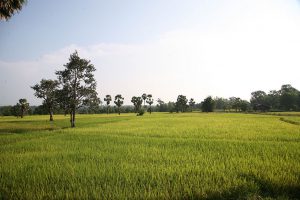 Rice field on the way from Napong to Salavan city 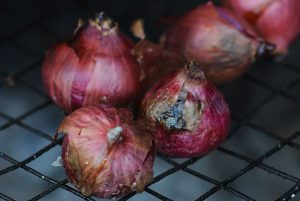 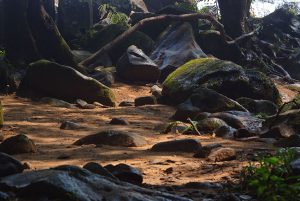 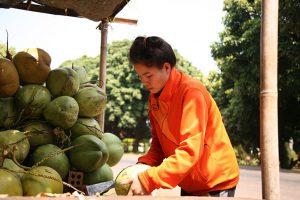 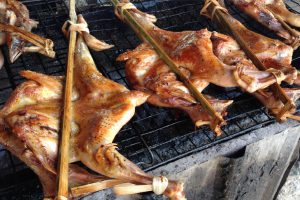 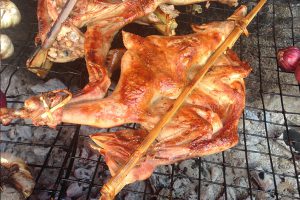 Tourism has taken a hold in the Bolaven Plateau because of the unique aspects of the region that have triggered great intrigue.
The most popular places visited by tourists are the waterfalls in the region, the villages of the ethnic minorities, and other geopolitical areas of interest.

The Bolaven Province has countless waterfalls. The Tad Lo Waterfalls that are approximately 58 miles from northeast Pakse are a popular destination. The “lush vegetation” that surrounds the waterfall makes it a desired destination though the fall itself “drops only a few meters” In addition, one can go “beyond Paksong on the way to Pakse [where] another spectacular waterfall, Taat Fang (also known as Dong Hua Sao), tumbles 120 metres, making it the tallest waterfall in Laos. Well-marked trails lead the physically fit 6 kilometres to the base of the falls” Tourists have countless opportunities to indulge in the Bolaven Plateau’s beautiful scenery that has begun to capture international attention.

Moreover, other tourist attractions include the villages of ethnic minorities who have grown accustomed to sharing their culture with visitors to the region. Travel guides even inform visitors of nearby villages that can be visited: “Alak, Katu and Suay villages can be found within a few kilometres of the resort” Tourists are also informed of the various markets where they can go and observe the cultures of ethnic minorities and purchase items unique to each culture. The diversity of the region has provoked intrigue amongst tourists who desire to learn about completely different ways of life.

The Bolaven Plateau is filled with appealing cultural and geographical areas of interest. Whether it is a boat trip to one of the many waterfalls that occupy the region, a tour of the countless coffee plantations, an elephant day trek, or visiting one of the unique villages of the ethnic minorities, a journey to the Plateau has many educational and interesting opportunities for tourists. 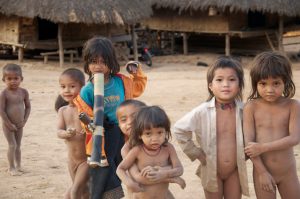 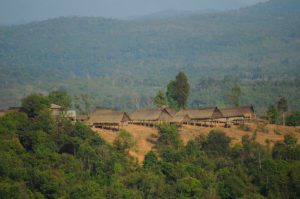 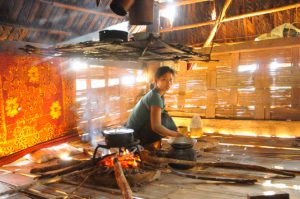 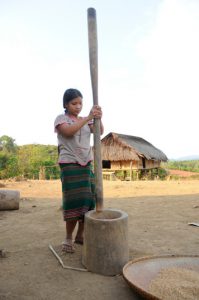 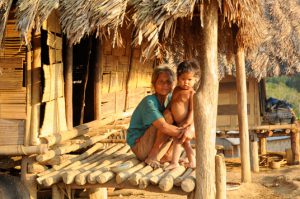 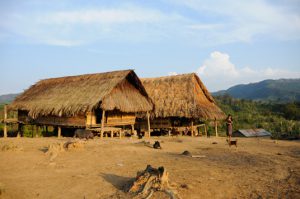