Stone tools discovered in Houaphanh and Luang Prabang provinces attest to the presence of prehistoric man in the hunter-gatherer stage in Lao territory from at least 40,000 years ago. Agriculturist society seemed to appear during the 4th millennia B.C. as evidence has been found by archeologists. Burial jars and other kinds of sepulchers have revealed a complex society in which bronze objects appeared around 1500 B.C. and iron tools were known since 700 B.C.

The proto-historic period is characterized by contact with Chinese and Indian civilizations. Between the fourth and eighth century, communities along the Mekong River began to form into townships, called Muang. This development culminated in the formation of the Lane Xang (million elephant) Kingdom in 1353 by King Fa Ngum and established Xieng Thong (now known as Luang Prabang) as the capital of Lane Xang Kingdom.

The Kingdom was further expanded by King Fa Ngum’s successors, one of the most notable being King Setthathirath who ruled from 1548-1571. He moved the capital to Vientiane and built the That Luang Stupa, a venerated religious shrine, and a temple to house the Pra Keo, the Emerald Buddha.

In the 17th Century, under the reign of King Souliyavongsa, the Lane Xang Kingdom entered it’s most illustrious era. The country established first contacts with Europeans. In 1641, a Dutch merchant of the East India company, Geritt Van Wuysthoff, and later, the Italian missionary Leria de Marini, visited the Kingdom of Lane Xang and described Vientiane as the “most magnificent city of Southeast Asia”.

This golden age was followed by in-fighting for the throne, which led to the break-up of Lane Xang into the three kingdoms: Vientiane, Luang Prabang and Champasack. All of these civil wars weakened the kingdom, thus creating opportunities for new foreign aggressors to invade.

Laos was put under the French administration in 1893. To recover its full rights and sovereignty, the Lao people started fighting against the French regime. Under the leadership of the Communist Party of Indochina (founded in 1930), the struggle for self-determination and independence gained importance. Finally, the long period of military and political upheaval culminated with the International Conference and the Geneva Agreement on Indochina in 1954 where the independence of Laos, Vietnam & Cambodia were recognized.

The situation worsened during the Vietnam War, even though the Geneva Accord of 1962 had recognized the neutrality of Laos and forbade the presence of all foreign military personnel. By bombing the portion of the Ho Chi Minh Trail across Laos, US forces dropped more bombs on Laos than they did worldwide during World War II .

Laos remains the most heavily bombed nation in history. This was particularly the case in Houaphanh and Xieng Khouang Provinces, where international teams are still clearing the terrain of unexploded ordinances (UXOs) and people continue to suffer from the legacy of war.

In 1975, under the leadership of the Lao Peoples Revolutionary Party, victory was achieved. After the Lao people gained power in a bloodless take-over, establishing the People’s Democratic Republic on December 2nd. It was the culmination of a successful struggle for national liberation and a reinstatement of independence.

At present the multi-ethnic Lao people are making efforts to develop Laos in line with the new policy of the Party and government in order to lead the country to progress and prosperity.

Sources
http://www.tourismlaos.org/show.php?Cont_ID=339
Land Area : 236,800 sq. km
Population : 6.5 Millions (2011)
Religion : Buddhism as majority
Strategic Location – Laos is at the center of the GMS, consisting of Cambodia, Myanmar, Thailand, Vietnam, and Yunnan province of China. – More than 70% of international trade in Laos – except airfreight is cross-border trade – 50% of the Lao population lives in border districts.
Climate data for Vientiane 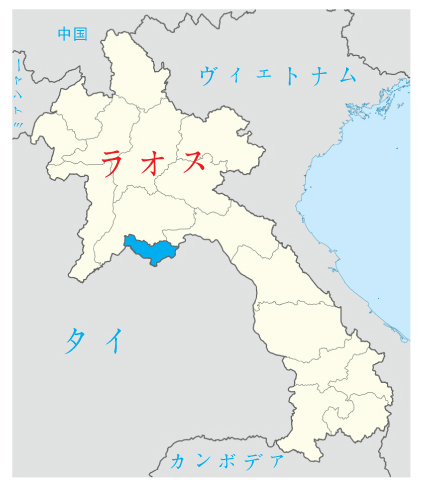